Cheeky Monkey Day Nursery filmed by Made in Leeds 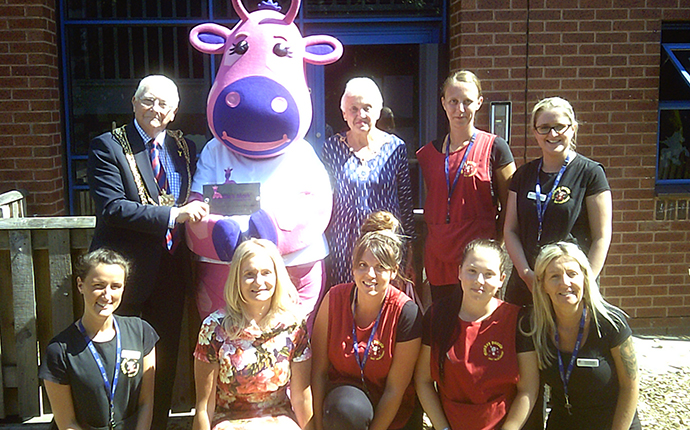 Made in Leeds have filmed Cheeky Monkey Day Nursery's special visit from the Lord Mayor and Millie Giraffe.
The nursery (formerly known as Monkey Puzzle Woodlesford) was accredited with Millie's Mark earlier this year. Owner Karen Redfearn said: "We've always had a high percentage of children with allergies etc and we've always had a high percentage of staff that are paediatric first aid trained, so I thought that was absolutely wonderful. But when I started looking into Millie's Mark, we actually knew nothing.
"We were getting a first aid certificate, it was going in a drawer for three years, and that was it. Now, the staff are so confident. We do stress testing and if we have an incident it's not a shock. The children are more used to it too, because staff are doing role-plays in the classrooms with them.
"I just think it's such a good thing for nurseries to have."
Lord Mayor Graham Latty said: "It's a most unfortunate way that Millie's Mark started, but achieving it shows that a place like this now has the trained staff, and the will to look after children to school stage safely and intelligently.
"The staff are trained in paediatric excellence - this is what we want. If we can do this all the way through school in Leeds, then we've cracked it."
Watch the video here
Back to Listing