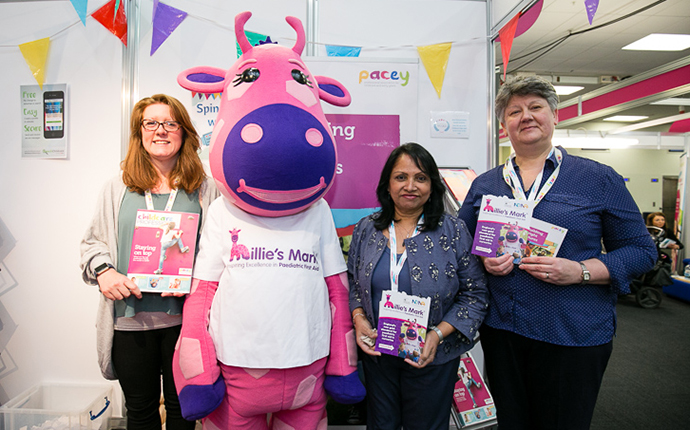 Millie’s Mark is now available to pre-schools, nursery schools and childminders in England.
The quality mark for paediatric first aid was originally for day nurseries in England only, but is also in consultations to extend into Scotland and Wales in the near future.

Millie’s Mark is supported by the Department for Education and administered by National Day Nurseries Association (NDNA). It was first launched on 1 September 2016 and has since been awarded to over 250, with over 150 nurseries currently working towards it.

The training can take three to six months to complete and includes support from a mentor, completion of an audit, risk assessments and spot checks.

Dan and Joanne from Millie's Trust said: "Joanne and I are really pleased that we are able to expand Millie's Mark to include pre-schools, nurseries and childminders in England.

“We cannot express how proud we are of the legacy that has been created in our daughter's memory that is ensuring that children's safety is paramount when in the care of others. We are looking forward to seeing many more applications for Millie's Mark in the future and of course many more awards."

Liz Bayram, Chief Executive of the Professional Association for Childcare and Early Years (PACEY), who will be promoting Millie’s Mark to childminders, said: “PACEY is delighted that Millie’s Mark has now been extended to registered childminding.

"All childminders are the primary – often only – first aider in their setting. Now, just like nurseries and other registered childcare, they can demonstrate, through Millie’s Mark, the high standards of safety they and any staff they employ provide.

“We want to thank not only the DfE and NDNA but also Dan and Joanne Thompson for making this possible. It will help childminders to further reassure the families they care for and reinforce to prospective families that childminding is working to the same high standards of care and early education as other registered providers.

“We look forward to congratulating the many childminders we hope will now take up this opportunity.”
The extension was launched at Childcare Expo in London with NDNA and PACEY - see the above photo. From left: Sam Surry (Marketing and Communications Manager at PACEY), Purnima Tanuku OBE (Chief Executive of NDNA) and Sue McVay (Director of Partnerships at PACEY).

Find out how to sign up as a childminder.
Back to Listing